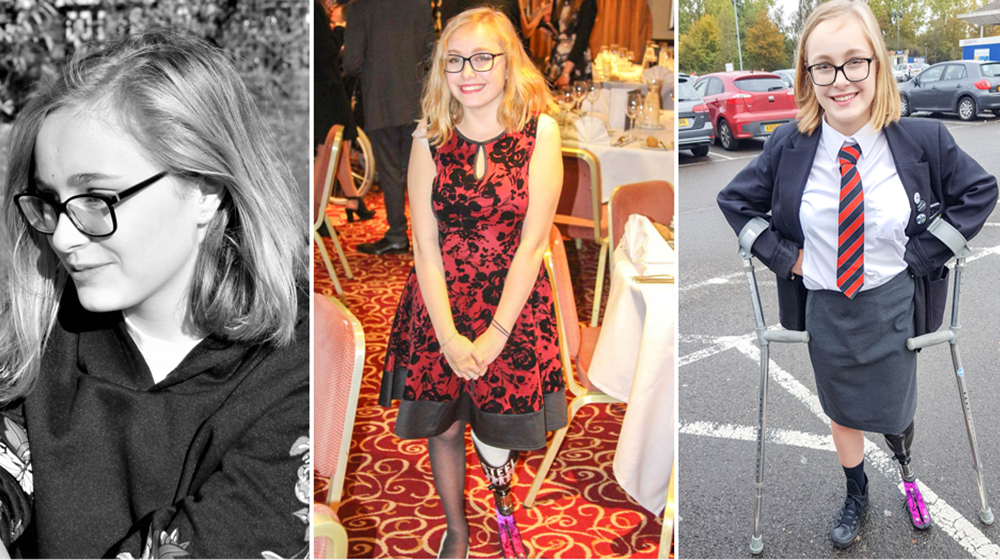 Twelve-year-old Jorja was born an amputee due to A.B.S. (Amniotic Band Syndrome) a rare condition in which strands of tissue wrap around the unborn baby’s limbs and cuts off the blood flow. The condition affected the development of Jorja’s fingers and lower limbs meaning that she was born with part of her left leg and only one fully formed toe on her right foot.

At the age of one, Jorja was fitted with her first prosthetic leg but as she grew older some of the typical childhood milestones were never reached. At the age of twelve, after her most recent operation, Jorja asked her prosthetist for an active prosthetic foot and was introduced to Mini BladeXT; designed for an active lifestyle and equipped to meet the needs of even the most demanding user. Mini BladeXT’s design offers outstanding stability, ground compliance and comfort, whilst its C-shaped toe spring is primed for optimal energy response.

After hearing about Mini BladeXT Jorja was keen to try this prosthetic foot and after being fitted commented, “I am able to do so much more with the Mini BladeXT.” Jorja opted for the dazzling pink design, and said “the colour stands out to me the most because it makes me feel confident to show off my leg.”

Jorja is now able to join in activities with her friends both inside and outside of school and has become more involved at air cadets, where she marches and plays in the band twice a week. Jorja’s friends and family are also really keen on her Mini BladeXT and say “it’s really cool”.

Jorja’s is also a youth ambassador for Steel Bones, a charity which is working to connect the amputee community, create friendships and provide an extensive proactive support network. Jorja recently took part in the Snowdon challenge to help raise funding for the charity. It was a huge challenge and Jorja is extremely proud of her achievement. We can’t wait to hear about her next challenge!