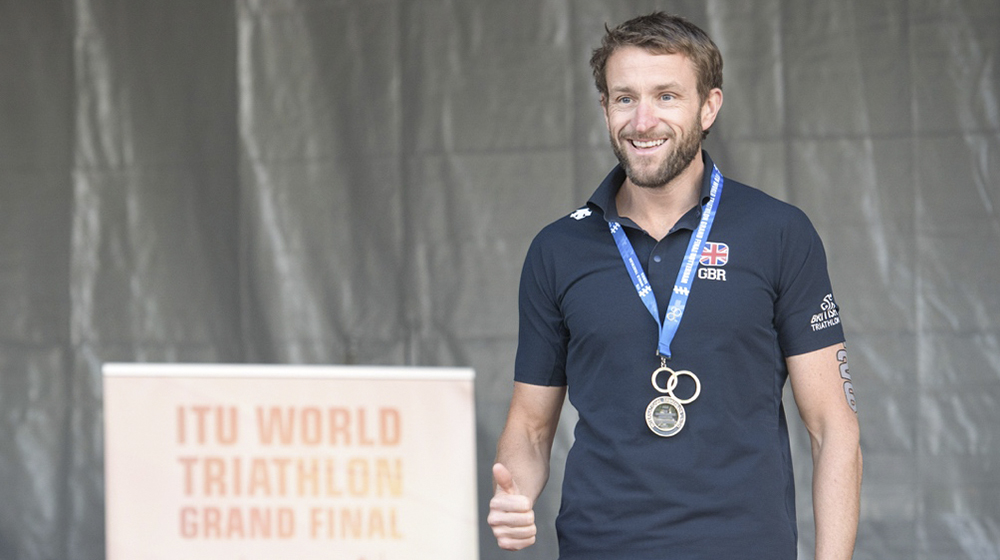 Steve served in the Army for almost 10 years, working in support of the US Department of Defence overseeing reconstruction projects in Iraq. Unfortunately, 8 years ago Steve lost his left leg below the knee during his service in Iraq.

Steve currently lives in Devon, training as a full time athlete for the GB World Class performance programme. He keeps busy and usually trains twice a day, at least 6 days a week. He enjoys the outdoors, travelling to new destinations and values family time with his children and dog.

Steve has always been fit and active; after his amputation he knew that he wanted to continue pursuing endurance sports. He gradually built up his running distances to marathon level and tested himself at half Ironman triathlon challenges. From the outset, Steve struggled with sweat build-up in his liners whilst running and cycling. Despite trying a range of products to tackle this issue and also undergoing two courses of Botox, Steve commented, “I could only manage around 10km before I would have to stop and dry my leg off. This was frustrating, especially during marathons, as I would have to pause at least 3 to 4 times with each stop costing me around a minute in lost time.”

Steve’s long search for a liner that helps with sweat management ended 3 years ago with Silcare Breathe. The Silcare Breathe liner range consists of patented technology that allows air and perspiration, which are often trapped between the liner and skin to escape through specially designed laser drilled perforations. Air and moisture are expelled as the wearer walks, resulting in drier skin and promotes a comfortable, cool and secure fit for the user and a healthier environment for the residual limb.

Steve commented, “I literally called it the “Holy grail” as it’s been a product that I had been waiting for since becoming an amputee 8 years ago!” The fact Steve can train without having to stop and remove sweat from his liner has completely changed his training, “Not having to regularly stop and wipe the sweat from my leg enables me to complete training sessions non-stop. I am also able to keep the same liner on for an entire Triathlon race.”Silcare Breathe has transformed Steve’s outlook on training and gives him one less thing to think about when working towards important milestones in his career. “It gives me great confidence and one thing less to worry about during the pressure of major championships.”

Steve can’t recommend this liner enough and said, “If you’re an active amputee that has struggled with the build-up of sweat in your liner, I would recommend this product.” Not only has Steve seen great outcomes from Silcare Breathe in his performance, his coaching team has also been amazed with the difference especially during training sessions.